Author of The Discreet Hero, Mario Vargas Llosa, was born in Peru in 1936. The book, in part, takes place in the provincial town of Piura in which Vargas Llosa spent a significant portion of his childhood. The descriptions of the town, the community and the characters are rich with detail and flair that is a perfect example of what has attracted so many readers to South American literature.

The book follows two men who rebel against systems of corruption as one receives letters from an extortionist and the other is barricaded from early retirement by the evil sons of his former employer. The story remains engaging and mysterious throughout its various twists and developments however female characters are rarely given any depth or background. It is only far past the first half of the book that minute details concerning the history of what would be considered the central female characters is revealed. The novel does indeed focus on motifs of the father-son relationships and the notion of masculinity and honour in the face of a corrupt system. 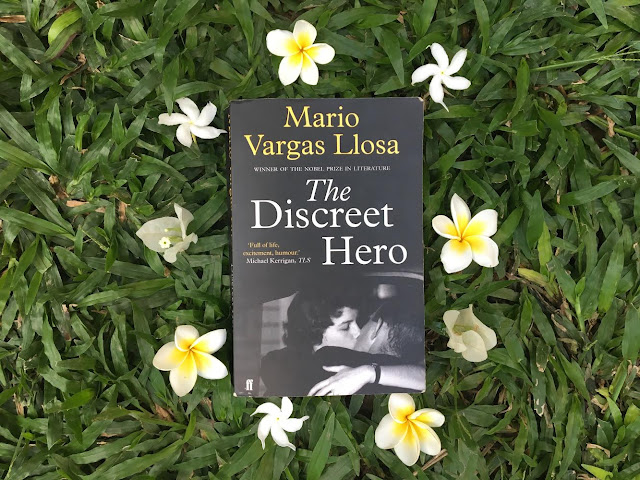 A quick note on the translation; it was glaringly obvious, as a Spanish speaker that certain phrases did not translate well into the English version of the book. Simple phrases like “che guá” that don’t even have a literal meaning or even the ways in which various sentences starting with or having similar notions of “Qué quieres” did not come across with the same sentiments in English as was meant in the original Spanish version. While no work of translation will be a perfect mirror of the original copy, the limitations are clearest when we further integrate ourselves into other languages and are aware of the structural differences.

It is not only the failure to develop female characters that are disappointing but more so the way in which each of the male characters talks about and treats their counterparts. The women in this storyline are routinely sexualized and objectified, forming part of their husbands of employers will rather than demonstrating their own capacity for independent thought. This may have been done explicitly in order to highlight the continuing pitfalls of the patriarchy however it would have been very interesting to further explore Gertrudis’s history and complicated relationship with her own mother or Mabel’s running away from home after an assault by her step-father. The violation and manipulation of women, whether in the characters past or as a part of the current storyline is almost ubiquitous.

Another interesting aspect is the underlying existence of colourism in Peruvian society whereby people of colour are discriminated against while whites are regarded with an air of superiority and arrogance. Colourism is a reality in many cultures and the way it plays into the dynamics of the families and the characters of the novel is any interesting facet of life in Peru. It remains possible that the casual homophobia and misogyny is simply a representation of what the author considers the society he has laid witness to, in the same way that colourism and casual discrimination plays a role in many regions of the world. However, the lack of female character development is one that needs to be further explored and dissection with regards literature and our own expectations.