The Travelling Cat Chronicles, while originally written in Japanese, has become an international bestseller. The author, Hiro Arikawa, currently resides in Japan and her beautifully crafted tale is expected to be made into a live-action Japanese film. It should be noted that the book was translated by Philip Gabriel who has famously also translated the work of Haruki Murakami.

The story follows the adventures of a formerly stray cat, Nana, and her companion, Saturo who due to unforeseen circumstances is looking for a new home for his beloved pet. The various sections of the book represent the different visits they make to friends and family from Saturo’s past who have agreed to the possibility of taking in Nana. While it switches narration between Saturo, his friends and family and Nana, the latter is by far the most endearing.

Possibly the most distinctive aspect of the book is its capacity to capture the perspective of an animal so thoroughly and with a perceived authenticity. It will undoubtedly hit home for many cat lovers and animal enthusiasts as Nana’s quips and ponderings draw the reader into a world unbeknownst to humans. Furthermore, the author writes with a genuine respect for these beautiful creatures and their way of life whilst portraying a genuine experience of life, with an animal by your side. 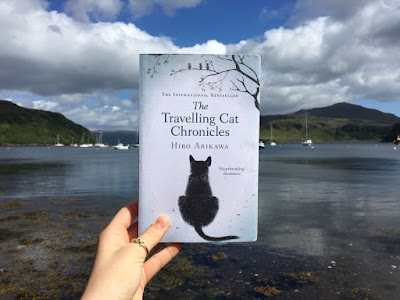 “Anyone who has ever unashamedly loved an animal will read this book with gratitude, for its understanding of an emotion that ennobles us as human beings, whether we value it or not.” – Lynne Truss, Guardian

Admittedly, the book seems strikingly easy to read, in stark contrast to the dense prose of literary giants. However, its lack of academic complexity is effectively balanced by the high degree of emotional intelligence that is effortlessly woven into the intricate yet brief representation of each character. It speaks to the most basic of human emotions while showcasing the finest, and at times, shortcomings of human relationships.

While the book might not necessarily compete with the literary feats on the man booker list, it remains beautiful for its “persistent charm that insinuates itself into your heart” as stated by Fiona Melrose, the author of Midwinter. It would be a definite recommendation for any animal enthusiast or individual seeking to explore the bond between humans and their chosen counterparts. It remains and elegant and effortless read, that will bring many to tears. Have the tissues ready, I was far from prepared for the ending.